Melancholy and Architecture - On Aldo Rossi 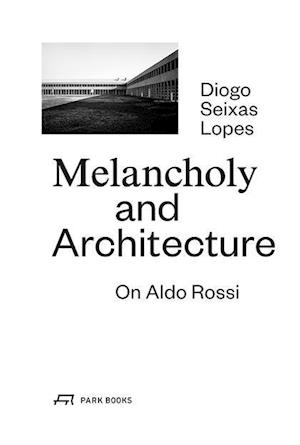 Aldo Rossi (1931-97) is a key figure in 20th-century architecture. Discarding utopian pretences, his work claimed the autonomy of architecture with formal restraint, and remains highly influential both in theory and practice until the present day. In this new book, Diogo Seixas Lopes looks at Rossi's work through the lens of a term often used to describe the great architect's work: melancholy. While the influence of melancholy on literature and visual arts has been debated extensively, its presence in architecture has been largely overlooked. By exploring Rossi's entire career, Lopes traces out the oscillation between enthusiasm and disenchantment that marks Rossi's oeuvre. Through a close exploration of one of his landmark works, the Cemetery of San Cataldo in Modena, Lopes shows how this brilliant, innovative architect reinterpreted a typology of the past to help us come to terms with representations of death and the melancholy that inevitably accompanies it.Beautifully illustrated and drawing on rich archival sources, Melancholy and Architecture both illuminates the work of the 20th century's most interesting architects and offers a new perspective on the long cultural history of melancholy.

Forfattere
Bibliotekernes beskrivelse A thorough treatment of the topic of melancholy in architecture within the context of the work of Aldo Rossi.