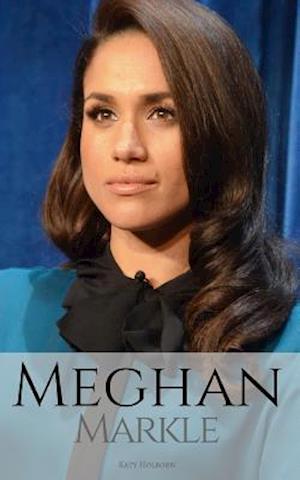 MEGHAN MARKLE: A Meghan Markle BiographyIn 2017, American cable television actress Meghan Markle topped Google's annual list of the most searched actors of the year. This would be her second year in a row. She bested, for example, the likes of box office record-breaking Wonder Woman, Gal Gadot, and the living legend herself, multiple Academy Award winner Meryl Streep. Compared to these two names, Ms. Markle͛s acting resume is thin. As a matter of fact, for many people, she seemed to have come out of nowhere.

Only a handful of things can propel a person from relative obscurity to a name in lights. Even little girls all over the world would know the answer to this - a dashing Prince Charming must have found his Cinderella against all odds.

They will marry in a beautiful, lavish ceremony before an adoring public and live happily ever after. Indeed, Meghan Markle's climb to the top of this list and in the minds of the international public is largely credited to her relationship with the United Kingdom͛s beloved Prince Harry - a romance confirmed on November 2016, and with an engagement announced a year later on November 2017.

This biography is her true story.