- From Early Agriculture to Angkor 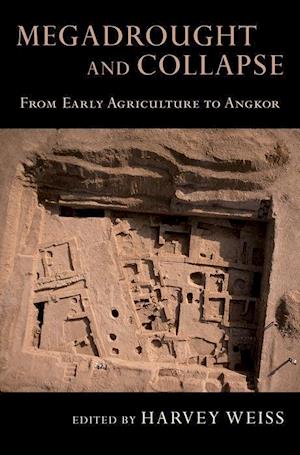 Megadrought and Collapse is the first book to treat in one volume the current paleoclimatic and archaeological evidence of megadrought events coincident with major historical examples of societal collapse. Previous works have offered multi-causal explanations for climate change, from overpopulation, overexploitation of resources, and warfare to poor leadership and failure to adapt to environmental changes. In earlier synthetic studies of major instances ofcollapse, the archaeological record has often not been considered.Included in this volume are nine case studies that span the globe and stretch over fourteen thousand years, from the paleolithic hunter-gatherer collapse of the 12th millennium BC to the 15th century AD fall of the Khmer capital at Angkor. Together, the studies constitute a primary sourcebook in which principal investigators in archaeology and paleoclimatology present their original research. Each case study juxtaposes the latest paleoclimatic evidence of a megadrought (so-called for its severity and its decades to centuries-long duration) with available archaeological records of synchronous societal collapse. The megadrought data are derived from all five archival paleoclimate proxy sources: lake, marine, and glacial cores, speleothems (cave stalagmites), and tree rings. The archaeological records in each case are the most recently retrieved. The editor derives two arguments from the discussions in the volume: (1) Societal collapse would not have occurred without megadrought. Attendant social disruptions may have been present in some instances. Nonetheless, megadrought rendered agriculture-based societies unsustainable in different regions, periods, and levels of social complexity, from simple foraging to vast empires. (2) A set of adaptive responses can be observed across the nine cases: adaptive collapse in the face ofinsurmountable megadrought, region-wide and settlement abandonment, and habitat tracking to sustainable agricultural environments. The evidence points to a paradigm shift: the insertion of another major force, natural climate variability-megadrought-into the global historical record.

Forfattere
Bibliotekernes beskrivelse Megadrought and Collapse revises the global archaeological and historical record with nine case studies that describe and analyze decades to centuries long megadroughts, from the Pleistocene to the 15th century AD, and the societal collapses they caused. Each study is a definitive review of societal responses to natural climate change. 64 b&w line art, 6 halftone