Medieval Women and the Law 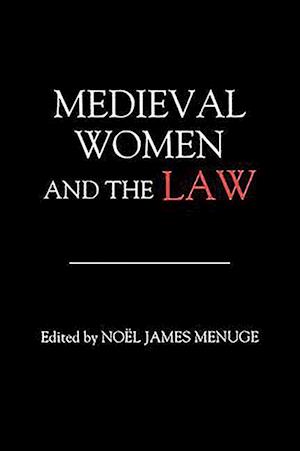 Determined and largely successful effort to read behind and alongside legal discourses to discover women's voices and women's feelings. It adds usefully to the wider debate on women's role in medieval society. ENGLISH HISTORICAL REVIEW What is really new here is the ways in which the authors approach the history of the law: they use some decidedly non-legal texts to examine legal history; they bring together historical and literary sources; and they debunk the view that medieval laws had little to say about women or that medieval women had little legal agency. ALBION The legal position of the late medieval woman has been much neglected, and it is this gap which the essays collected here seek to fill. They explore the ways in which women of all ages and stations during the late middle ages (c.1300-c.1500) could legally shift for themselves, and how and where they did so. Particular topics discussed include the making of wills, the age of consent, rights concerning marriage, care, custody and guardianship (with particular emphasis on the rights of a mother attempting to gain custody of her own children within the court system), women as traders, women as criminals, prostitution, the rights of battered women within the courts, the procedures women had to go through to gain legal redress and access, rape, and women within guilds. NOEL JAMES MENUGE gained her Ph.D. from the Centre of Medieval Studies at the University of York. Contributors: P.J.P. GOLDBERG, VICTORIA THOMPSON, JENNIFER SMITH, CORDELIA BEATTIE, KATHERINE J. LEWIS, NOEL JAMES MENUGE, CORINNE SAUNDERS, KIM M. PHILLIPS, EMMA HAWKES

Forfattere
Bibliotekernes beskrivelse Legal records illuminate womens' use of legal processes, with regard to the making of wills, the age of consent, rights concerning marriage and children, women as traders, etc.