- Essays to mark the eightieth birthday of Caroline M. Barron 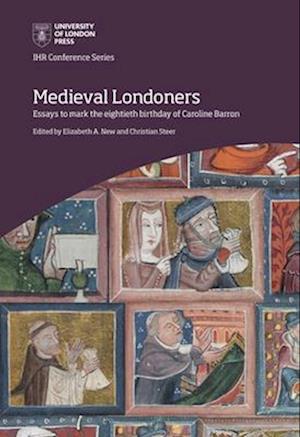 Medieval Londoners were a diverse group, some born in the city, others drawn to the capital from across the realm and from overseas. For some, London became the sole focus of their lives, while others retained or developed networks and loyalties that spread far and wide. The rich evidence for the medieval city, including archaeological and documentary sources, means that the study of London and its inhabitants remains a vibrant field. This volume brings together archaeologists, historians, art historians and literary scholars whose essays provide glimpses of medieval Londoners in all their variety.Medieval Londoners is offered to Caroline M. Barron, Emeritus Professor of the History of London at Royal Holloway, University of London, on the occasion of her eightieth birthday. Her remarkable career - over some fifty years - has revitalized the way in which we consider London and its people. This volume is a tribute to her scholarship and her friendship and encouragement to others. It is thanks to Caroline M. Barron that the study of medieval London remains as vibrant today as it has ever been.