- From Hastings to Bosworth 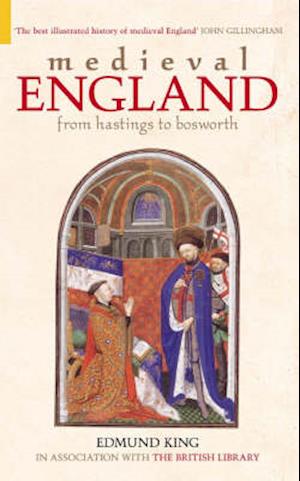 Medieval England presents in a broad panorama the political and cultural development of English society from the Norman Conquest to the end of the Wars of the Roses. It is a story of change, progress, setback and consolidation, with England emerging as a wealthy and stable country, many of whose essential features were to remain unchanged until the Industrial Revolution. Edmund King traces his chronicle through the lives of successive monarchs, the inescapable central thread of that epoch. The momentous events of the times are also recreated, from the compiling of the Domesday Book, through the wars with the Scots, the Welsh and the French, to the Peasants' Revolt and the disastrous Black Death. Medieval England makes full use of the wealth of our heritage from those times, castles, cathedrals, illuminated manuscripts and the flowering of the visual arts. The illustrations provide a pictorial anthology of the great and enduring achievements of the age, art and architecture alongside documents, coins and everyday artefacts.