The Medicine of the Ancient Egyptians 1

indgår i serie Medicine of the Ancient Egyptians 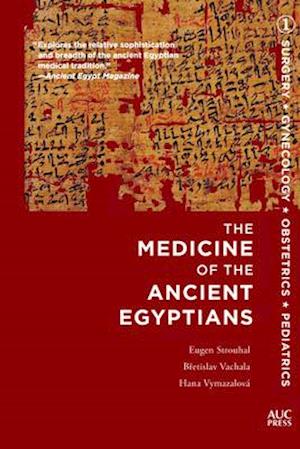 A comprehensive survey of medical knowledge and practice in ancient Egypt, by leading authorities on the topic, new in paperback Ancient Egyptian medicine employed advanced surgical practices, while the prevention and treatment of diseases relied mostly on natural remedies and magical incantations. In the first of three volumes, The Medicine of the Ancient Egyptians explores these two different aspects, using textual sources and physical evidence to cast light on the state of ancient medical knowledge and practice and the hardships of everyday life experienced by the inhabitants of the land on the Nile. The first part of the book focuses on ancient Egyptian surgery, drawing mainly on cases described in the Edwin Smith papyrus, which details a number of injuries listed by type and severity. These demonstrate the rational approach employed by ancient physicians in the treatment of injured patients. Additional surgical cases are drawn from the Ebers papyrus. The chapters that follow cover gynecology, obstetrics, and pediatric cases, with translations from the Kahun gynecological papyrus and other medical texts, illustrating a wide range of ailments that women and young children suffered in antiquity, and how they were treated. Illustrated with more than sixty photographs and line drawings, The Medicine of the Ancient Egyptians is highly recommended reading for scholars of ancient Egyptian medicine and magic, as well as for paleopathologists, medical historians, and physical anthropologists.