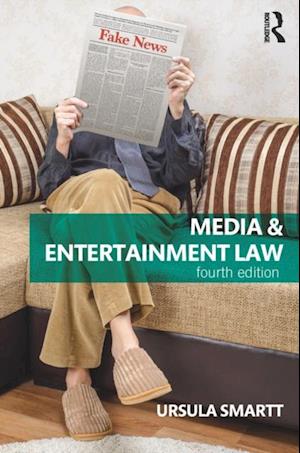 The fourth edition of Media and Entertainment Law has been fully updated, analysing some of the most recent judgments in media law from across the United Kingdom, such as Cliff Richard v the BBC, Max Schrems v Facebook and the Irish Information Commissioner, developments on the 'right to be forgotten' (NT1 and NT2) and ABC v Daily Telegraph (Sir Philip Green).The book's two main themes are freedom of expression and an individual's right to privacy. Regulation of the communication industries is covered extensively, including discussion of the print press and its online editions following Leveson, traditional broadcasting regulations for terrestrial TV and radio as well as media activities on converged devices, such as tablets, iPads, mobile phone devices and 'on demand' services. Intellectual property law (specifically copyright) in the music and entertainment industries is also explored in the book's later chapters. Also new to this edition are sections on: A focus on freedom of expression: its philosophical foundations; the struggles of those who have fought for it; and the varied ways in which the courts interpret freedom of expression regarding the taking and publishing of photographs. The 'right to be forgotten', data breaches, and the General Data Protection Regulation (GDPR). The media's increasing access to the courts, particularly when considering the privacy of those who are suspected of sexual offences. Press regulators, broadcasting and advertising regulations, and film and video regulations. Election and party-political broadcast regulations, with a focus on social media and recent election fraud. The emergence of online music distribution services, internet radio and free digital streaming music services, and their effect on the music industry. The fourth edition also features a variety of pedagogical features to encourage critical analysis of case law and one's own beliefs.