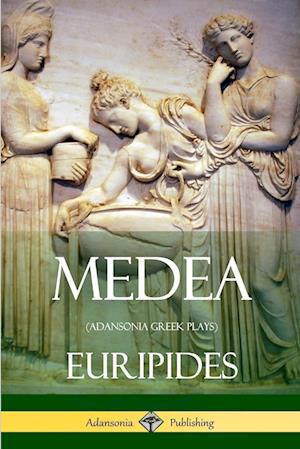 This edition of the Greek classic play Medea by Euripides is translated by well-regarded scholar of classics Gilbert Murray, who offers the reader a vivid yet accurate interpretation of the play. Medea is imperiled as her husband plans to leave her for another woman. Angry at having been abandoned for a Corinthian princess, Medea enacts vengeance befitting her status as a barbarian queen: she slays her former husband's new wife and their children, before absconding to Athens where she begins a new life. Ever since its publication over 2,400 years ago, Medea has been considered a shocking work of fiction, primarily for its violent and malevolent scenes. Despite these horrific events, it was Euripides portrayal of Medea as a sympathetic antihero frustrated by a world of male dominance which won over audiences. Owing to this nuanced depiction, Medea the play and Medea the character has become well-regarded by feminists. It remains the most popular and performed drama by Euripides in the modern day.