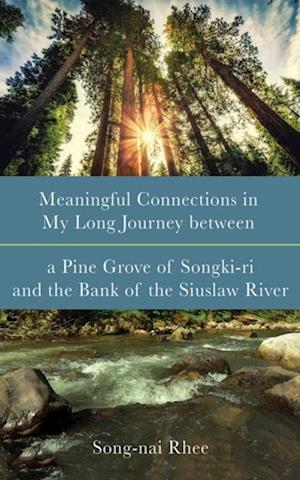 This is Song-nai Rhee's personal memoirs of an eighty-seven-year-long life between a pine grove of Songki-riin, Korea and the bank of the Siuslaw River on the West Coast, covering his early life during World War II; his existential crisis during the Korean War; his life transformation from Confucian to Christian; coming to America and Northwest Christian College; his formal education in America (resulting in two bachelors, four masters, and two PhD degrees); thirty-seven years of professional service at NCC (now Bushnell University) as a professor of history, Bible, and archaeology, as well as academic vice president/dean; and as a father, grandfather, and writer/publisher, retiring as a farmer/fisherman on the bank of the Siuslaw River. Most of all, this book is about the people, beginning with Bill Peterson in a war zone, who helped make all this and Rhee's life possible--the meaningful connections.