May All of You and God Forgive Me 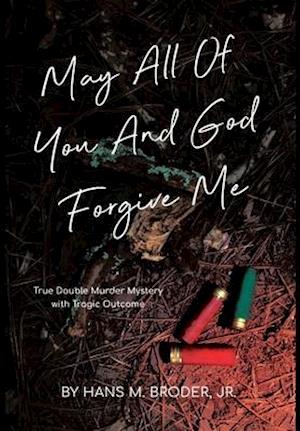 Jerry Banks was arrested on December 11, 1974 for the murders of a high school band director and a pretty young college student. He was arraigned and bound over to the Grand Jury. They determined the evidence was sufficient for a jury trial. Although Banks was the one who alerted police to the murders and despite a lack of hard evidence, eyewitness or motive, he was found guilty and sentenced to die in the electric chair on March 28, 1975-just 107 days after his arrest. His appeals ended the same way: guilty and death sentence. A miscarriage of justice eventually came to light due to a new team of hard-working young lawyers, but it was too late for Jerry to have his old life back.

Hans Broder, is a lifelong resident of Henry County, Georgia where the murders and trials took place while he was a prominent bank executive. He knew Jerry Banks, was a keen observer of the trials and talk-of-the-town and has created a compelling retelling of the ups and downs of Banks' life...and eventual death.

History is known to be a good teacher. Many lessons can be learned from the events that occurred almost fifty years ago to the young Black man named Jerry Banks. May All of You and God Forgive Me questions whether the circumstances surrounding his trial were fair given its tragic ending.