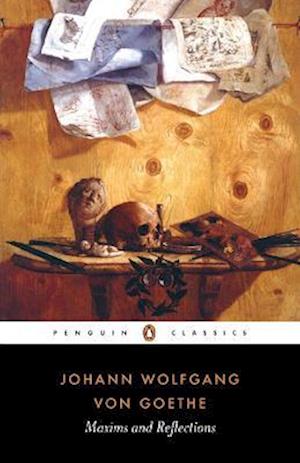 Throughout his long, hectic and astonishingly varied life, Johann Wolfgang von Goethe (1749-1832) would jot down his passing thoughts on theatre programmes, visiting cards, draft manuscripts and even bills ... Goethe was probably the last true 'Renaissance Man'. Although employed as a Privy Councillor at the Duke of Weimar's court, where he helped oversee major mining, road-building and irrigation projects, he also painted, directed plays, carried out research in anatomy, botany and optics - and still found time to produce masterpieces in every literary genre. His fourteen hundred Maxims and Reflections reveal some of his deepest thought on art, ethics, literature and natural science, but also his immediate reactions to books, chance encounters or his administrative work. Although variable in quality, the vast majority have a freshness and immediacy which vividly conjure up Goethe the man. They make an ideal introduction to one of the greatest of European writers.

Forfattere
Bibliotekernes beskrivelse Reveals some of the author's deepest thought on art, ethics, literature and natural science, and his reactions to books, chance encounters or his administrative work.