Mau Mau from Below

- Kershaw, G: Mau Mau from Below 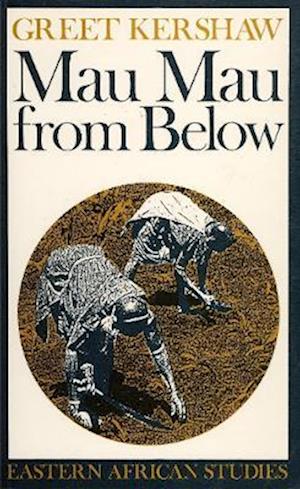 This text is based on the oral evidence of the Kikuyu villagers with whom the author lived as an aid worker during the Mau Mau emergency in the 1950s. The data suggests that there was never a single Mau Mau movement, and that none of its members ever saw it as such, not because they did not have a political aim, but because that agenda was contested within different political circles over which they had no control and of which they may scarcely have had any knowledge. The importance of this is that almost all the enemies of the Mau Mau did see it as a whole movement, in order to try and comprehend it and defeat it. North America: Ohio U Press; Kenya: EAEP

Forfattere
Bibliotekernes beskrivelse A unique study of the movement based on fieldwork done at the time of the Mau Mau emergency.