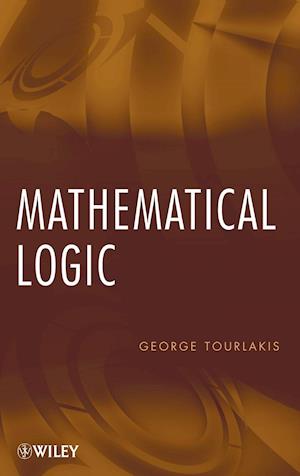 A comprehensive and user-friendly guide to the use of logic in mathematical reasoning Mathematical Logic presents a comprehensive introduction to formal methods of logic and their use as a reliable tool for deductive reasoning. With its user-friendly approach, this book successfully equips readers with the key concepts and methods for formulating valid mathematical arguments that can be used to uncover truths across diverse areas of study such as mathematics, computer science, and philosophy. The book develops the logical tools for writing proofs by guiding readers through both the established "Hilbert" style of proof writing, as well as the "equational" style that is emerging in computer science and engineering applications. Chapters have been organized into the two topical areas of Boolean logic and predicate logic. Techniques situated outside formal logic are applied to illustrate and demonstrate significant facts regarding the power and limitations of logic, such as: Logic can certify truths and only truths. Logic can certify all absolute truths (completeness theorems of Post and Godel).Logic cannot certify all "conditional" truths, such as those that are specific to the Peano arithmetic. Therefore, logic has some serious limitations, as shown through Godel's incompleteness theorem. Numerous examples and problem sets are provided throughout the text, further facilitating readers' understanding of the capabilities of logic to discover mathematical truths. In addition, an extensive appendix introduces Tarski semantics and proceeds with detailed proofs of completeness and first incompleteness theorems, while also providing a self-contained introduction to the theory of computability. With its thorough scope of coverage and accessible style, Mathematical Logic is an ideal book for courses in mathematics, computer science, and philosophy at the upper-undergraduate and graduate levels. It is also a valuable reference for researchers and practitioners who wish to learn how to use logic in their everyday work.