- A Novel of Love, Faith and Power In Early Java 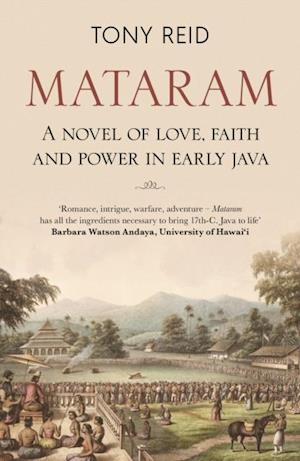 Seventeenth-century Java is in turmoil between its Hindu-Buddhist past and its Muslim future, while pepper draws Europe's quarrelling spice-hungry traders to its shores. Thomas Hodges of the East India Company seizes a chance at glory by being the first to venture ashore at the pepper port of Banten in 1608. Will he unlock the mysterious riches of Java for the English, or die forgotten with a Javanese kris or Portuguese poignard between his ribs? He falls under the spell of a captivating interpreter, Sri, but can only retain both her and his Englishness by inventing a mission from King James to the mysterious great ruler of the interior Mataram. In Mataram he finds a kingdom poised to decide its destiny between a rich past of gods and spirits, a sterner Islam and pushy Europeans offering both science and God. For Hodges and Sri, survival alone will be a challenge; reconciling survival and desire with conscience in this baffling spiritual landscape appears impossible.