Masters of the Reformation 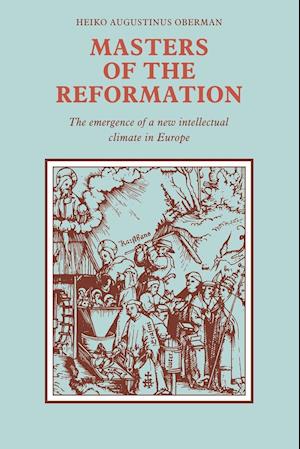 Heiko A. Oberman's Masters of the Reformation - first published in German under the title Werden and Wertung der Reformation - is a general survey of academic thought and its impact on a wider world from the later Middle Ages to the emergence of Luther and the city Reformation. The book uses the early history of the University of Tubingen to illuminate late fifteenth-century theological developments and the first stirrings of the Reformation. Oberman shows from the beginning that the University of Tubingen was no ivory tower. Rather, it was a vantage point from which important trends were discerned and vital impulses disseminated. In a second section, he then describes the creation of a distinctive `Tubingen school', actively involved in the territorial policies of Wurttemberg and wrestling with the major ethical problems of the day. In the third section of the book, convincing links are established between the nominalist tradition and the intellectual context of the south German Reformation. Oberman emphasises the practical application of theology to social and ethical issues, and shows how this prepared the way for the Reformation as a spiritual and material liberation.