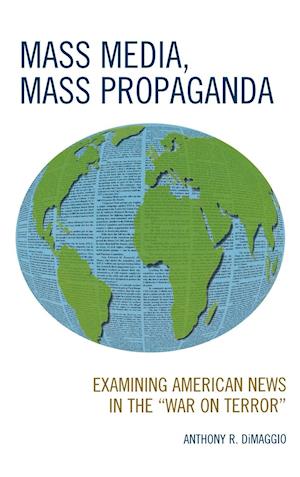 Mass Media, Mass Propaganda analyzes a wide range of issues, domestic and international, concerning American and global news coverage of the U.S. "War on Terror." Topics reviewed include: media coverage of the invasion and occupation of Iraq, the proliferation of weapons of mass destruction, Iraqi civil war and resistance to occupation, September 11th and "Operation Enduring Freedom" in Afghanistan, human rights violations in Iraqm domestic anti-way dissent and censorship, and potential future targets in the "War on Terror." This work approaches the study of media through a political economy analysis, examining the ways in which the American corporate media works to reinforce official views and propaganda, and the ways in which it challenges official pro-war platforms. A comparative approach is taken in contrasting the American mass media with other media institutions from the Progressive-Left American press, the British and Australian press, and Arab electronic media. Major models analyzed and evaluated throughout this work include the "Propaganda Model," developed by Noam Chomsky and Edward Herman, and the "Indexing Model," elaborated upon by scholars such as W. Lance Bennett, Steven Livingston, and Jonathan Mermin.