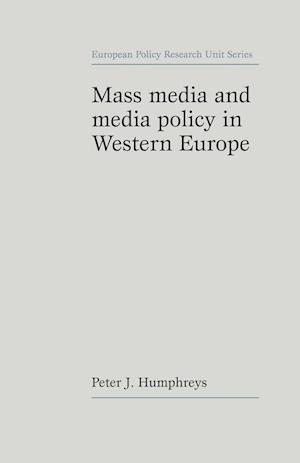 Television and press systems in Western Europe are currently undergoing revolutionary changes, raising profound questions for public policy. This comparative, textbook analysis explores how mass media systems across Europe have been shaped by technology, economics and politics. Peter Humphreys argues that whilst both states and markets can constrain progress towards the goals of media freedom and pluralism, public policy can also promote a diverse media system across Europe. He explores the impact of public regulation and private commercial activity, and argues that threats to pluralism can arise from either political interference or from the concentration of media ownership and markets. Another key concern of the book is to explore the political impact of the new media technologies - notably transfrontier satellite broadcasting - in Western Europe. The author explores the implications of the commercialization of national broadcasting systems, and the media policies of the European Union in the age of transfrontier media operations. -- .