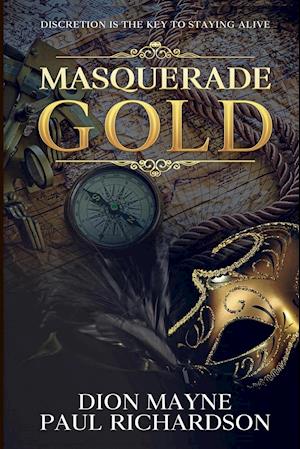 It is Sixteenth Century Europe. Countries have begun to expand their global reach, but there are still local riches to be uncovered. As Spain continues to expand its wealth, through aggressive and covert means, a recently formed Anglo-Dutch Allegiance is out to undermine, and eventually bring down the Empire. Espionage has infiltrated Europe and things are not always as they seem. When the wealthy Genoese banker Giovanni de Tocco and his vivacious wife Isabella, employ a new tutor to work with the wards they sponsor, they are unaware their lives are under constant surveillance. It is no coincidence the banker is enlisted to carry out business for the King of Spain. It is not without reason, Alvaro Cortez, Head of Spanish Security, is suspicious of Bart Selona, the handsome young tutor who embeds himself into de Tocco estate life and becomes so influential with the students and Lady Isabella. Over time, two students, Carlo and Vincenzo are recruited to support the Allegiance. With Giovanni de Tocco engrossed in the power and influence his position attracts, secrets are revealed, treasures are discovered, and lives are influenced. It is through the somewhat erotically themed Masquerade Balls of the day the Allegiance's cause is advanced. The aristocracy used the events to showcase their opulence and enjoy risqué activities akin to their status. The events, however, were a focal point for covert infiltration. Under the cover of the eroticism the balls espoused, Selona's young spies can gather valuable intelligence. But the Allegiance's operation is not the only cause being pursued. In a series of twists and counter motives, Masquerade Gold leads the reader through the evolving struggles of a complex Europe.