indgår i serie Routledge Research in Gender and Society 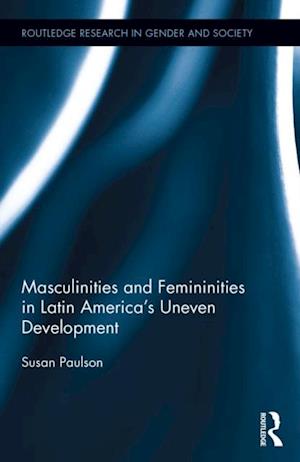 This book forges a new approach to historical and geographical change by asking how gender arrangements and dynamics influence the evolution of institutions and environments. This new theoretical approach is applied via mixed methods and a multi-scale framework to bring together unusually diverse phenomena. Regional trends demonstrated with quantitative data include the massive incorporation of women into paid work, demographic masculinization of the countryside and feminization of cities, rapidly increasing gaps that favor women over men in education and life expectancy, and extraordinarily high levels of violence against men. Case studies in Mexico, Chile and Bolivia explore changes influenced by gender practices and expectations that involve men in different ways than women; they also highlight dissimilarities and power relations between differently positioned masculine groups. Ethnographic studies of culturally diverse arrangements, together with particular attention to subordinate versus dominant masculinities, complicate the gender binaries that circumscribe so much research and policy. Drawing attention to imbalances and conflicts generated by inappropriate models and uneven developments, the book points to opportunities for experimenting with and adapting the sociocultural institutions that govern relations among humans and between humans and their environment.