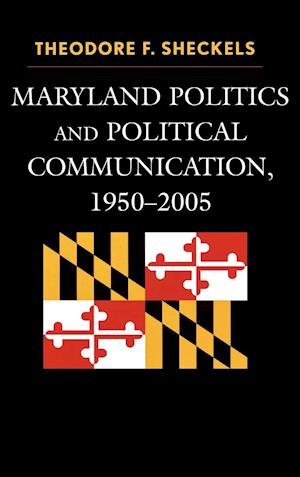 Maryland Politics and Political Communication, 1950-2005 is not a survey of all that occurred between 1950 and 2005. Rather, this book focuses on a set of interesting political events in which communication is a very important variable. These events, be they elections or episodes of governance, are also-arguably-the most dramatic ones during the period. It begins with an examination of George Wallace's 1964 and 1972 campaigns in the state's Democratic presidential primary, considers William Donald Schaefer's flamboyant communication strategies as Baltimore mayor and the vicious 1986 U.S. Senate campaign between Democrat Barbara Mikulski and Linda Chavez, and runs through the 2002 gubernatorial race between Kathleen Kennedy Townsend and Robert L. Ehrlich. Sheckels highlights the similarities and differences between political communication at state and national levels and looks forward to questions and scenarios that may emerge in future elections.