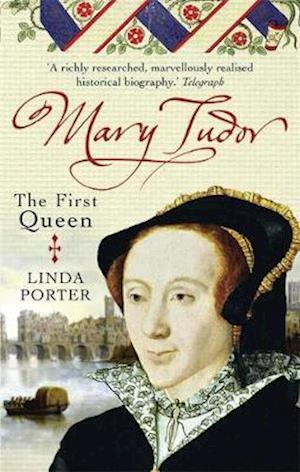 A striking and sympathetic portrait of England's first Queen, Mary I - whose character has been vilified for over 400 years. Instead of the bloodthirsty bigot of Protestant mythology, Mary Tudor emerges from the pages of this deeply-researched biography as a cultured renaissance princess, a courageous survivor of the violent power struggles that characterised the reigns of her father, Henry VIII, and brother Edward VI. The author does not belittle Mary's burning of heretics, which earned her the subriquet 'Bloody Mary', but she also had many endearing personal qualities and talents, not least the courage of leadership she showed in facing down Northumberland's rebellion. A well-balanced and readable biography of Mary I is long overdue.

Forfattere
Bibliotekernes beskrivelse A groundbreaking new history of the first woman to rule England in her own right. Section: 8, colour pix