Mary Toft; or, The Rabbit Queen 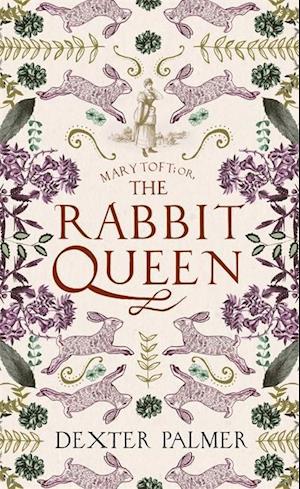 'Palmer spins a cracking tale that, despite its disconcerting subject, is piquantly cheerful and compassionate . . . With empathy and imagination, Palmer explores the master/apprentice relationship, first love and first rivalry, spite and kindness: conjuring a world to raise a wry smile' New York Times---------------------------------------------------------------------------------A stunning, powerfully evocative new novel based on a true story - in 1726 in the small town of Godalming, England, a young woman confounds the medical community by giving birth to dead rabbits.Surgeon John Howard is a rational man. His apprentice Zachary knows John is reluctant to believe anything that purports to exist outside the realm of logic. But even John cannot explain how or why Mary Toft, the wife of a local farmer, manages to give birth to a dead rabbit. When this singular event becomes a regular occurrence, John realizes that nothing in his experience as a village physician has prepared him to deal with a situation as disturbing as this. He writes to several preeminent surgeons in London, three of whom quickly arrive in the small town of Godalming ready to observe and opine. When Mary's plight reaches the attention of King George, Mary and her doctors are summoned to London, where Zachary experiences for the first time a world apart from his small-town existence, and is exposed to some of the darkest corners of the human soul. All the while, Mary lies in bed, waiting for another birth, as doubts begin to blossom among the surgeons and a growing group of onlookers grow impatient for another miracle . . .

Forfattere
Bibliotekernes beskrivelse A stunning, powerfully evocative new novel based on a true story - in 1726 in the small town of Godalming, England, a young woman confounds the medical community by giving birth to dead rabbits.