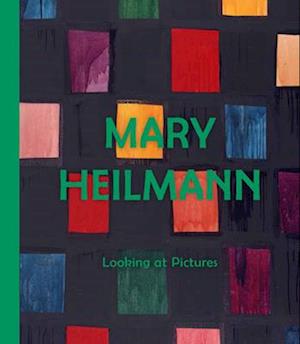 The catalogue to accompany a major solo presentation of the work of the influential New York-based artist Mary Heilmann, her first in a public institution in the UK in 15 years. Born in California in 1940, Heilmann studied ceramics and poetry before moving to New York in 1968 and taking up painting. A pioneer of infusing abstract painting with influences from craft traditions and popular culture (especially rock music and California's beach culture), Heilmann is one of the most important yet still underrecognised artists working today. This publication explores Heilmann's approach to abstraction from two distinct but interrelated perspectives: the formal and the personal. The personal is reflected in the title Looking at Pictures, named after a section in the artist's memoir The All Night Movie (1999), in which she writes, `Each of my paintings can be seen as an autobiographical marker', clearly represented here through works that relate to moments in the artist's friendships, memories of places where she has lived or spent time and her love of music and film. The juxtaposing formal aspect of her work is also explored, most evidently in her early paintings of grids and squares rendered in primary colours and in works that are based on architectural or interior planes, such as doors and mirrors. As well as new essays by Lydia Yee (Chief Curator, Whitechapel Gallery) and Briony Fer (Professor of History of Art, University College London), and writings by the artist on key works, the publication will feature 100 beautiful full-colour illustrations of paintings, works on paper, furniture and ceramics from Heilmann's five-decade career.

Forfattere
Bibliotekernes beskrivelse The catalogue to accompany a major solo presentation of the work of the influential New York-based painter and ceramicist Mary Heilmann, her first in a public institution in the UK in 15 years. 100 colour