Marx, Tocqueville, and Race in America 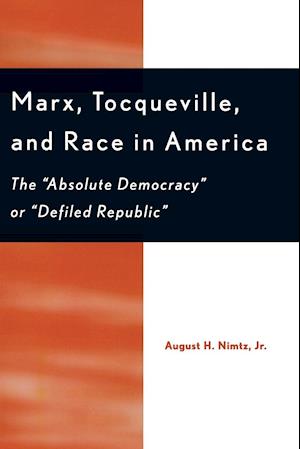 While Alexis de Tocqueville described America as the 'absolute democracy,' Karl Marx saw the nation as a 'defiled republic' so long as it permitted the enslavement of blacks. In this insightful political history, Nimtz argues that Marx and his partner, Frederick Engels, had a far more acute and insightful reading of American democracy than Tocqueville because they recognized that the overthrow of slavery and the cessation of racial oppression were central to its realization. Nimtz's account contrasts both the writings and the civil action of Tocqueville, Marx and Engels, noting that Marx and Engels actively mobilized the German-American community in opposition to the slavocracy prior to the Civil War, and that Marx heavily supported the Union cause. This potent and insightful investigation into the approaches of two major thinkers provides fresh insight into past and present debates about race and democracy in America.