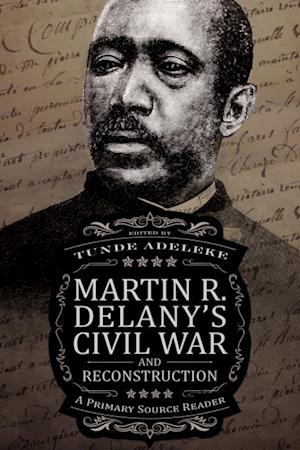 Militant? Uncompromising? Pragmatic? Utilitarian? Accommodating? Conservative? To engage Martin Robison Delany (1812-1885) is to wrestle with almost all the complexities and paradoxes of nineteenth-century black leadership in one public intellectual. After his previous book on Delany, senior historian Tunde Adeleke has compiled here letters, speeches, contemporary nineteenth-century newspaper articles, and reports written by and about Delany. These vital primary sources cover his Civil War and Reconstruction career in South Carolina and include key critical reactions to Delany's ideas and writings from his contemporaries. There are over ninety documents, the vast majority not previously published. Delany remains the subject of conflicting and confusing interpretations. Adeleke indicates that Delany actually manifested complex dispositions. He presaged manifestations of the strands of both protest and compromise that would define the early twentieth-century world of Booker T. Washington and W. E. B. Du Bois. An African American abolitionist and journalist, Delany advocated for black nationalism, one of the first to do so. After working alongside Frederick Douglass to publish the North Star in the 1840s, Delany looked into establishing a settlement in West Africa. Yet during the Civil War, he served as the first African American field grade officer in the Union Army. Then he labored for the Freedmen's Bureau in South Carolina. Delany even ran unsuccessfully for lieutenant governor as a Republican and later defected to the Democrats. These documents will prove an indispensable call and response to an unparalleled intellectual life.