- A new translation with introduction and notes 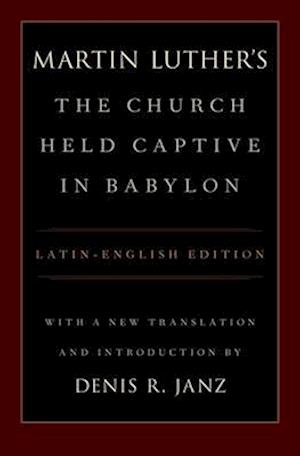 In August of 1520, Martin Luther published the first of three incendiary works, Address to the German Nobility, in which he urged secular authorities to take a strong hand in "reforming" the Roman church. In October, he published The Church Held Captive, and by December the deepest theological rationale appeared in The Freedom of a Christian. With these three books, the relatively unknown Friar Martin exploded onto the Western Europeanliterary and religious scene. These three works have been universally acknowledged as classics of the Reformation, and of the Western religious tradition in general. Though Reformation scholars have been reluctant to single out one as the most important of the three, Denis Janz proposes a bold case for The Church Held Captive. In the first entirely new translation in more than a century, Janz presents Luther's text as it hasn't been read in English before. Previous translations stifle the original text by dulling the sharpest edges of its argumentation and tame Luther by substituting euphemisms for his vulgarities. In Janz's dual language edition we see the provocative, offensive, and extreme restored. In his wide-ranging introduction, Janz offers much-needed context to clarify the role of The Church HeldCaptive in Luther's life and the life of the Reformation. This edition is the most reader-friendly scholarly version of Luther's classic in the English language.