Martin Heidegger, Emmanuel Levinas, and the Politics of Dwelling 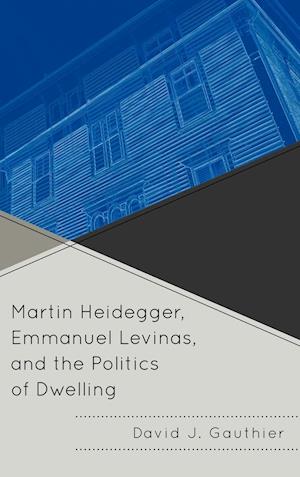 Martin Heidegger, Emmanuel Levinas, and the Politics of Dwelling explores the ethical and political implications of the debate between Martin Heidegger and Emmanuel Levinas on the question of Place. Throughout his philosophical career, Heidegger exhibited concern about the uprooting of man that accompanies the modern oblivion of Being and vividly described the consequences of modern deracination as manifest in everything from everyday inauthenticity to the growth of world technology. In response to this perceived crisis, Heidegger propounds a series on ontological models that illuminate the manner in which man is ensconced in the house of Being. As it stands, Heidegger's homecoming project is rife with political implications, as it led him to embrace a variety of political stances that run the gamut from an emphasis on the "site" of politics to voelkisch nationalism to solitary quietism. No thinker was more disturbed by Heidegger's homecoming project than Levinas. In various writings, Levinas levels an incisive critique of Heidegger's place-bound ontology. More specifically, Levinas accuses Heideggerian ontology of being averse to transcendence and conductive to tyranny, of failing to recognize the inherent dignity of the human person, and of being a manifestation of latter-day paganism. Additionally, Levinas also advances an alternative manner of thinking about the home. For Levinas, the home is a place where wanderers find refuge; and it rises to the fullness of its ethical potentiality when used an instrument of hospitality to the other person. By considering the Heidegger-Levinas debate, this book illustrates the concern that animated their perspective projects and the dangers of chauvinism and rootlessness inherent in the attempt to construct a contemporary politics of place. In the end, Heidegger and Levinas point toward the necessity of politics of place that is both ontological and ethical, and which successfully navigates between the twin extremes of narrow tribalism and rootless cosmo