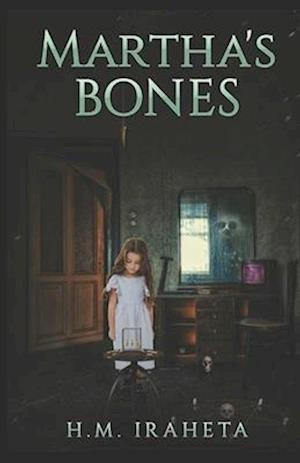 "The curiosity for what is unknown could make you lose what you love the most ... There are acts of revenge that not even death can stop them. Would you believe in something that you can't see?

The house 454 Angell Street, in Providence Rhode Island, of Victorian design, hypnotizes the marriage of Tom and Sophie Collins, who are looking for a home to make everything better for their only daughter Martha Collins, a sweet and lively eleven-year-old girl.

Although the house has an urban history from its previous owners, The Collins decide to buy it. For the first few years, everything went very smoothly and happily where they lived with all the happiness of a young married couple. It is not until 1970 that Sophie Collins is commissioned to investigate haunted houses, that she accidentally stumbles upon an artifact that sneaks into things she had managed to get in a synagogue next to her own house and newspaper articles that catch her attention, but which she uses to disprove the rumored hoaxes about allegedly haunted homes. Sophie is an atheist theologian of things paranormal and takes it upon herself to ensure the realtor is satisfied with her article.

Along the way, one evening when the Collins' had invited the Hall couple to dinner, they send Martha, their daughter, to play in the living room, where she is mysteriously summoned by whispers that lead her to stand before the wooden box called Dybbuk, which she innocently opens, to find only a very strange pendulum, a letter, and a key. In the following days, she is put in front of a ghost girl named Martha, like her; inspiring her confidence and teaching her a mysterious game that makes Tom and Sophie Collins' daughter aggressive, after having initiated a strange friendship with the girl she called Martha, thus releasing evil forces that will revive entities that had remained in lethargy, through a childish game that will shake every part of the old house and those who are in it.

Struck by a mysterious call from one Jeremiah Brown, the Collins are led to the Nojowitz brothers and other professionals who become involved in the most macabre story of revenge, visualized on many occasions by the medium Marilyn Rossner, who by the auguries of fate discovers a secret that the house has hidden for years. In all the Victorian house rooms, situations will be experienced that will lead each of the Collins to remember moments of their lives. They will know the pain of losing what they love the most, unable to do anything but pray that everything will pass, and whatever is in their house will disappear.

A chilling horror novel to fill with mystery every Halloween...-H.M. Iraheta.