Marshall and Schumpeter on Evolution 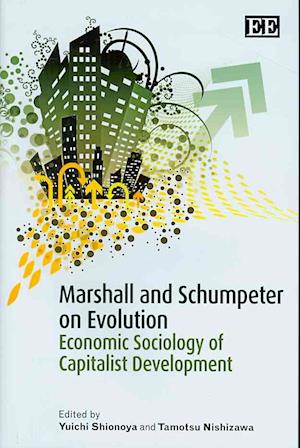 Traditionally it was understood that while Marshall was the synthesizer of neoclassical economics, Schumpeter challenged the dynamic conception of the economy in place of the static structure of economics. While historians of economic thought rarely discuss the work of Alfred Marshall and Joseph Schumpeter jointly, the contributors to this book do exactly this from the perspective of evolutionary thought. This unique and original work contends that, despite the differences between Marshallian and Schumpeterian thinking, they both present formidable challenges to a broad type of social science beyond economics, particularly under the influence of the German historical school. In a departure from the received view on the nature of the works of Marshall and Schumpeter, the contributors explore their themes in terms of an evolutionary vision and method of evolution; social science and evolution; conceptions of evolution; and evolution and capitalism.This timely resource will provide a stimulus not only to Marshall and Schumpeter scholarship within the history of economic thought but also to the recent efforts of economists to explore a research field beyond mainstream equilibrium economics. It will therefore prove a fascinating read for academics, students and researchers of evolutionary and heterodox economics and historians of economic thought.