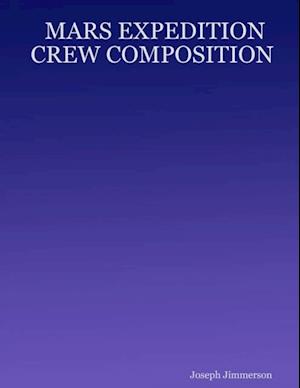 The purpose of this study is to investigate the optimal crew size for long-duration space missions, specifically the first manned expedition to Mars. Manned space mission design is based primarily on the crew size, so this information is critical from the onset of mission conception. An initial position was established by reviewing mission reports, plans, and related crew studies. Data was gathered by surveying a population of crewmembers from various fields who work in environments similar to those encountered by a Mars expedition crew, to include astronauts, Antarctic and underwater research teams, air crews, analog mission crews, and missile crews. The researcher showed that larger crews, while more demanding with regard to vehicle, trajectory, life support, and overall mission design, are better suited for such long duration missions.