Markets and their Actors in the Late Middle Ages

- Markets and their Actors in the Late Middle Ages 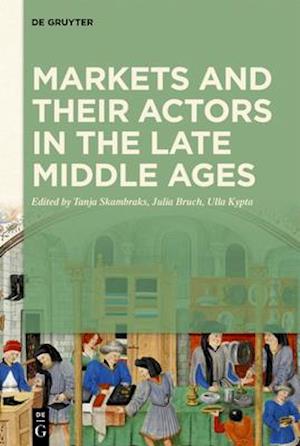 Markets feature prominently in recent research of premodern historians as well as economists. Discussions cover the questions, for example, how a market can be grasp as a place, an event or a mechanism of exchange, or whether premodern economies have just hosted markets or if some of them can even be regarded as market economies.

The proposed volume will now turn to the agents who forged and connected markets. Exchange was done between persons and with the help of persons: Artisans, retailers and poor people tried to better their living conditions by engaging on the market, merchants interconnected different markets, urban personnel (such as brokers, men working at the public scales, or the town council as a whole) regulated and facilitated exchange.

By focusing on economic practices and the agents who performed them, the volume aims at analyzing the specific characteristics of premodern markets, the reasons why people became active on the market and the institutions which formed exchange processes and were in turn shaped by them.