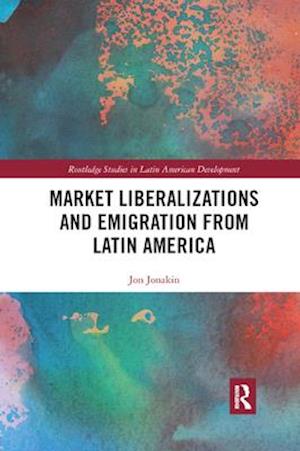 Market Liberalizations and Emigration From Latin America provides a comprehensive analysis of the impact of the era of liberalization in Latin America, focusing in particular on labor markets and emigration from the region. Starting in 1980, liberalization in Latin America was expected to improve market functioning, efficiency, and welfare. Instead, it yielded slower growth, unexpectedly high levels of unemployment and income inequality, flat or falling wages, an increase in non-tradeable (service sector) and informal activity, and, finally, waves of emigration from Mexico, Central America, and Ecuador, among other countries. This book provides a heterodox narrative explanation of why the orthodox economic model that underwrote the standard 'trickle-down' account served more to obscure and obfuscate than to explain and clarify the state-of-affairs. The book investigates the impact of the global-scale liberalizations of markets for goods and physical and finance capital and the mere national-scale liberalization of regional labor markets, arguing that these asymmetric liberalizations, together, resulted in labor market failure and contributed in turn to the subsequent, undocumented migrant flow. The ultimate effect of the skewed scale of market liberalizations in Latin America disproportionately benefited capital at the expense of labor. Market Liberalizations and Emigration From Latin America will be of interest to researchers of economics and development in Latin America.