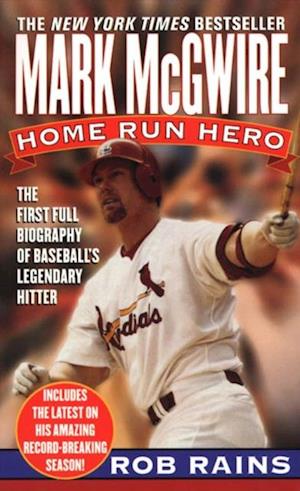 The powerhouse player who's revolutionizing the game...In 1998, Mark McGwire made baseball history by breaking the legendary 61-home-run record set by Roger Maris in 1961. Not only did the outstanding Cardinals player break Maris' mark, he surpassed it by hitting 70 in one season! Find out all the facts on McGwire, from his childhood in Southern California to his time with the Oakland A's, to his major league comeback with the St. Louis Cardinals. Learn what it takes to make baseball superstardom-and how to hit a home run on all of life's playing fields.With eight pages of photos, plus new information on McGwire's record-breaking season!