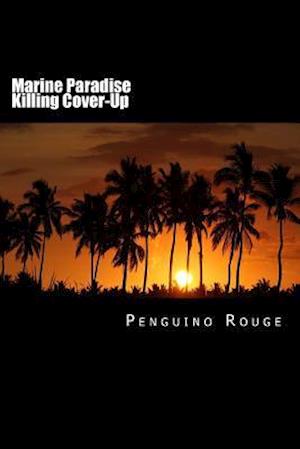 "He was built like a rugby player, had a big smile, was talkative and liked to tell jokes" is the image of Harold Bradford that Penguino Rouge will keep in his memory. At first considered accidental by the first coroner, the death of Harold Bradford, an English ex-Marine from England turned out to be a crime. The second autopsy made it possible to establish that the commando in his thirties suffered a knife wound and was probably killed by multiple blows to the head. Medical evidence also suggests rape or sodomy. How could Harold Bradford have met his killer Monday night? Deserted Streets. Bars largely empty. Monday night police and reporters walked around the Central Business District following the route Harold Bradford was known to have taken on the night of 7 thru 8 November, also a Monday night. Hence this reflection: How could he have met with a misadventure? It was also noted that Harold Bradford had a lot of cash on him that night. Was he robbed by one or more thieves? The location of the body and the theft scenario do not seem to add up. Everything seems to suggest he got in a vehicle at some point. With whom and why? After evoking sodomy, a criminal misadventure, now a hit and run accident is in the cards. What if Harold Bradford was hit by a vehicle? In this respect a judicial expert in Paris will study the information collected using a 3D simulation to explore the hit and run theory. Did investigators find evidence at the crime scene? Debris from a headlight? A bumper? Or some other vehicle part? Neither the Judge or the Prosecutor wanted to answer these questions.