Marianne Moore and the Cultures of Modernity 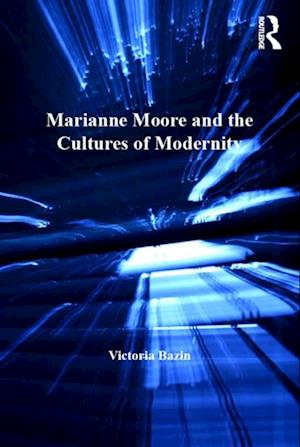 Victoria Bazin examines the poetry of Marianne Moore as it is shaped by and responsive to the experience of being a modern woman, of living in the aftermath of the First World War, of being interpellated as a modern consumer and of writing in 'the age of mechanical reproduction.' She argues that Moore's textual collages and syllabic sculptures are based on the cultural clutter or debris of modernity, on textual extracts and reproductions, on the phantasmagoria of city life revealing something modernism worked hard to conceal: its relation to modernity, more specifically its relation to the new emerging and expanding mass consumer culture. Drawing extensively on archival resources to trace Moore's influences and to describe her own distinctive modernist aesthetic, this book argues that it was her feminist adaptation of pragmatism that shaped her poetic response to modernity. Moore's use of the quoted fragment is conceptualised in relation not only to Walter Benjamin's philosophical history but also to William James's image of the world as a series of 'partial stories.' As such, this account of Marianne Moore not only contributes to a greater understanding of the poet and her work, but it also offers up a more politicized and historically nuanced understanding of poetic modernism between the wars, one that retains a sense of the formal complexities of poetic language and the poet's own ethical imperatives whilst also recognising the material impact of modernity upon the modernist poem. This book will appeal, therefore, not only to scholars already familiar with Moore's poetry but more widely to those interested in modernism and American culture between the wars.