- The Autobiography of Soccer's Greatest and Most Controversial Star 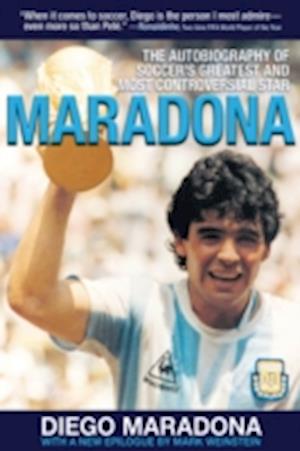 Argentina history book about the controversial Diego MaradonaA soccer biography for kidsFollows the author's journey from childhood to 1994';Sometimes I think that my whole life is on film, that my whole life is in print. But it's not like that. There are things which are only in my heartthat no one knows. At last I have decided to tell everything.'Diego MaradonaDiego Maradona went from a poor boy in a Buenos Aires shanty town to a genius with the soccer ball. He kicked his way to the top of South American, European, and world soccer, but his battles with the many pressures of life inside and outside the game consistently threatened to tear his legend and his spirit down. He is one of many famous soccer players, but one of only a few to write their own soccer autobiography. Villain or hero, one thing about Maradona is clear: he was the best soccer player of his generation and possibly of all time. He has never shared his remarkable story in his own wordsuntil this autobiography.From his poverty-stricken origins to his greatest successes on the field, Maradona remembers, with frankness and insight, the most impactful moments of his life. These include the pressures of being a child prodigy, the infamous semi-final game against England in the 1986 World Cup, an amazing turn-around and the dream-turned-sour at Napoli, and the disgrace and shame of his positive drug test at USA 1994. In this brutally honest autobiography, readers glimpse the inner thoughts of one of the most controversial, talented, and complex professional athletes of the times. He was a man divided between the demands of his corporate club bosses, the media, the fans, and his own tempestuous personal life.With a new epilogue that updates Maradona's amazing story and includes over 80 delightful photographs, Maradona is a confessional, a revelation, an apology, and a celebration.