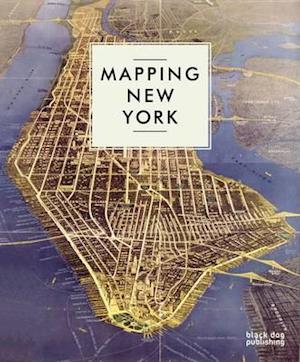 Following on from the success of Mapping London, Mapping New York is a richly illustrated survey of the urban and social history of New York City. From early woodblock engravings to the latest satellite images available of Manhattan, these maps show the intricate story of the development of one of the world's most populous cities. A beautifully illustrated book with distinctive maps dating back to the 16th Century, when New York was known as New Amsterdam and founded by the Dutch as a commercial trading post, right up to the present day. Mapping New York provides a pictorial history of the city both documenting it being both a leader in commerce and one of the most built up urban areas in the world. Mapping New York focuses on maps from the 20th and 21st century, arranged thematically featuring maps on population, military, water, transport, commerce, crime as well as planning and developing maps and boundaries of the five boroughs. Featuring well known maps such as the New York City subway map, artists' representations include Claes Oldenburg's Soft Manhattan #1: Postal Codes from 1966 and the poem, Manhattan, in the shape of the city by Howard Horowitz. Including the latest satellite images and fantastic projections on the growth of the city, Mapping New York provides a complete and detailed picture of the unique progression of America's oldest major city. ILLUSTRATIONS 216 b/w & colour illustrations