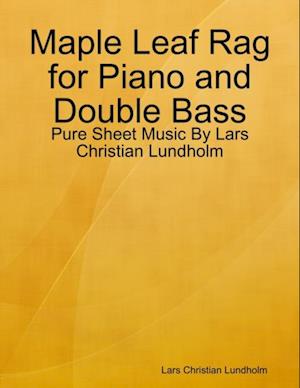 Maple Leaf Rag is a ragtime composed by Scott Joplin in 1899 and along with The Entertainer his most popular. One of his early compositions it became a model for ragtime compositions by subsequent composers. It has been recorded by many well-known artists and featured in among other places in the film The Public EnemySheet Music for Double Bass accompanied by Piano arranged by Lars Christian Lundholm. - Instrumentation: Piano and Double Bass- Level: Medium- Score Type: Score and 1 Part- Tempo: Varying- Genre: Ragtime- Composer: Scott Joplin- Year Composed: 1899- Pages (approximate): 10