- The History of China's Most Devastating Catastrophe, 1958-62 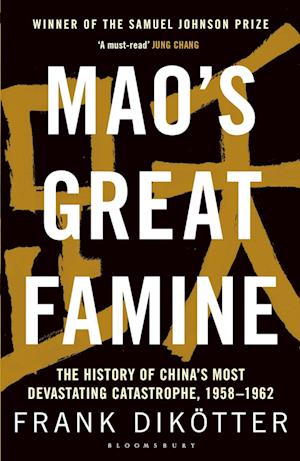 Winner of the BBC Samuel Johnson Prize for Non-Fiction 2011Between 1958 and 1962, 45 million Chinese people were worked, starved or beaten to death. Mao Zedong threw his country into a frenzy with the Great Leap Forward, an attempt to catch up with and overtake the Western world in less than fifteen years. It led to one of the greatest catastrophes the world has ever known. Dikotter's extraordinary research within Chinese archives brings together for the first time what happened in the corridors of power with the everyday experiences of ordinary people, giving voice to the dead and disenfranchised. This groundbreaking account definitively recasts the history of the People's Republic of China.