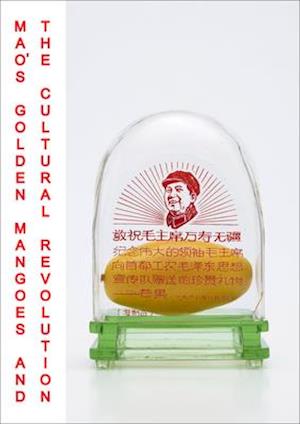 In August 1968, the Pakistani foreign minister visited Beijing and presented Chairman Mao with a crate of mangoes. Apparently, Mao immediately sent the mangoes, a fruit unkown so far in China, as a gift to the 'Worker-Peasant Mao Zedong Thought Propaganda Teams' deployed into Quinghua University to put down warring factions of Red Guards and occupy the campus, with the implicit political message that workers were now made managers of education. The exotic fruit were then distributed over the following weeks to various factories. Thus the mangoes, perceived as coming from Chairman Mao, transformed from mere fruit into near-divine symbol. They were celebrated by the workers as tokens of Mao's love and compassion and worshipped as a kind of religious relic. The Golden Mango powerfully symbolised the slogan "The working class must be the leaders in everything", and soon appeared on all kinds of household products. The new book Mao's Golden Mangoes and the Cultural Revolution illustrates how factory workers tried to preserve Chairman Mao's precious gift, how the mango transformed into a religious symbol, and how the political spectacle of the 1968 National Day Parade featured the mango.

Forfattere
Bibliotekernes beskrivelse An interesting case study on how symbols are constructed by politics.