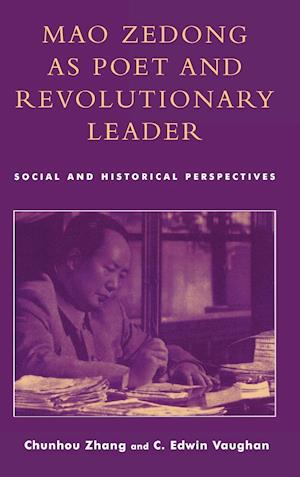 Mao Zedong was not only a great strategist and politician but also a poet, a philosopher, and calligrapher. As early as the 1940s Mao's poetry was earning critical and popular acclaim. Mao Zedong as Poet and Revolutionary Leader makes all of Mao's extant poems available here for the first time in English. This comprehensive collection offers a unique portrait of Mao's contribution to modern China and his later frustration as he witnessed the country turning from his revolutionary path into a gigantic bureaucracy. Far from descending into mere hagiography, Chunhou Zhang and Edward Vaughan's work presents a balanced picture of Mao as an individual and as a military and political leader. These literal translations of Mao's poetry are framed by a commentary on the meaning, pattern, and style of the original texts-written in the classical style Mao forbade China's youth to emulate-and presented in the context of the social history of the time.