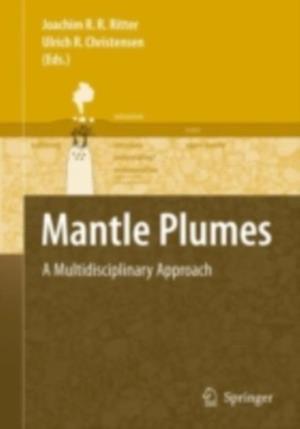 The concept of mantle plumes, originally suggested by Morgan (1971), is widely but not unequivocally accepted as the cause for hotspot volcanism. Plumes are thought of as deep-rooted, approximately cylindrical regions of hot rising mantle rock with a typical diameter of 100-200 km. Pressure-release melting near the b- tom of the lithosphere produces magmas that rise to the surface and lead, when the plate moves relative to the plume, to a chain of volcanic edifices whose age p- gresses with increasing distance from the plume. For a long time, the evidence for mantle plumes has been largely circumstantial. Laboratory and computer models of mantle convection show that under certain conditions plume-like structures can be found, and these simulations have been used to characterise their properties. Geodetic signals, such as topographic swells and associated geoid anomalies which surround the volcanic hotspots, support the plume hypothesis. They are best identified in an oceanic environment where the plume signal is usually less s- ceptible to be masked by effects of crustal or lithospheric heterogeneities. The i- topic and trace element composition of hotspot lavas differs from those of m- oceanic ridge basalts which is interpreted as indication for a source reservoir d- ferent from average upper mantle rock. The idea of mantle plumes has gained widespread popularity in various disciplines of Earth science and has been used, sometimes perhaps excessively, to explain volcanic and other phenomena.