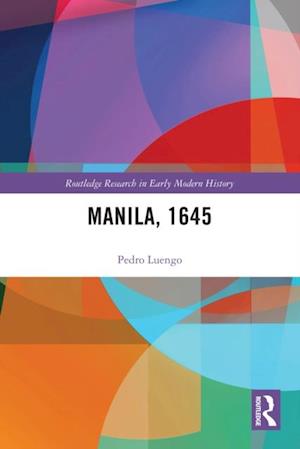 Manila, 1645 reconstructs what the city of Manila was like before the earthquakes of the mid-seventeenth century.The book demonstrates the importance of addressing the history of Southeast Asia as a multi-layered framework, rather than a series of entangled histories. In doing so, Manila is contextualized not merely as a Spanish settlement connected to New Spain via America, but instead within Southeast Asia, situated between the Chinese and the Sul Seas, and located in the centre of commercial routes used by Armenian, Dutch, and Portuguese traders. This historical and geographical context is crucial to understanding later cultural dialogues. Urban planning, housing and architecture, and social networks in the city are also examined. The book will appeal to students and scholars interested in early modern history, global history and architectural history.