- Two Essays On Imperialism And The Struggle For Freedom 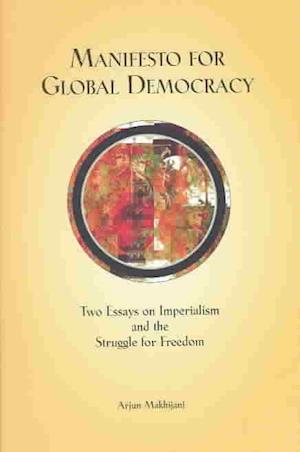 The U.S. ideology of Manifest Destiny, now at the core of the U.S. assertion of the right to intervene anywhere and occupy anyplace, in the name of freedom, security, and civilization, is akin to South African apartheid. The roots of this exclusionary and violent concept of freedom are explored in the first essay in this book, "On Freedom and Equality," and contrasted with the universal idea of freedom, based on equality, espoused by Mahatma Gandhi and Rev. Martin Luther King, Jr. The borders between capitalist and developing countries separate people in the way Blacks and Whites in South Africa and in the United States were forcibly segregated not so long ago. An end to this global segregation is central to the struggle for global democracy and human rights.The second essay, "From Global Capitalism to Economic Justice", gives a critique of global capitalism and the "end of history" thesis that western liberal democracy under global capitalism is the ultimate stage in human political and economic development. Going beyond a critique, it offers a vision that unites the benefits of individual and local initiatives and a more equitable distribution of wealth locally and globally.