- Beyond Learning in the Era of Globalisation 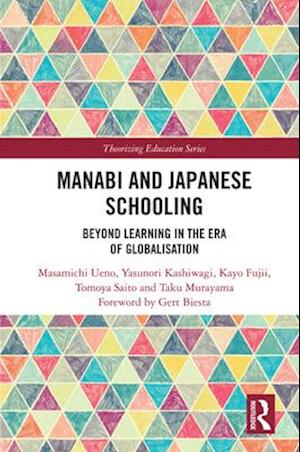 Manabi and Japanese Schooling: Beyond Learning in the Era of Globalisation considers the theory and practices behind the Japanese concept of Manabi, particularly as the progressive concept of learning in the globalised world. It seeks to provide educational visions of Manabi as an alternative concept of learning in the era of post-globalisation. The authors derive different perspectives in Manabi from Eastern philosophy, clarifying and comparing with learning and Bildung to give alternative educational discourses. It considers the idea of Confucius and Taoism and studies the practice of minna, characterising it as a cooperative and peaceful problem-solving method. Addressing the trend of 'learnification' and its contribution to educational reform, it explores the impacts, conflicts and difficulties of introducing learner-centred education into East Asian educational settings as well as the potential of Manabi as an effective tool for all types of learning. Expertly written and researched, this book includes a foreword by Gert Biesta and is a valuable resource for researchers, academics and postgraduate students in the field of educational philosophy, educational theory and Eastern philosophy.