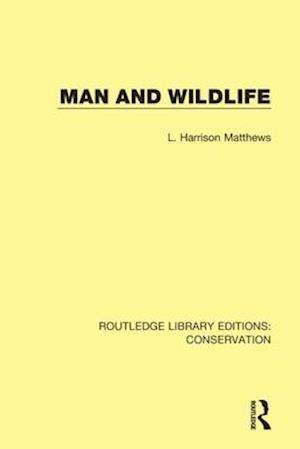 Originally published in 1975, Man and Wildlife traces the evolution of man from pre-hominid ancestors, and his influence in modifying the environment and its flora and fauna as technical knowledge grew. The development of civilization allowed man to dominate the environment; its advance led to the discovery and exploitation of the world's resources. In spite of all the discoveries of science, man's battle with the adverse forces of wildlife remain un-won and seems likely to stay so for the foreseeable future. The book traces the beginnings of environmental consciousness in the decades preceding its publication. It examines the extent of the human devastation of the environment, which has increased with rapid expansion of the world's human population, and the belated efforts to halt the destruction and help wildlife preservation.