Man and Bird in the Palaeolithic of Western Europe 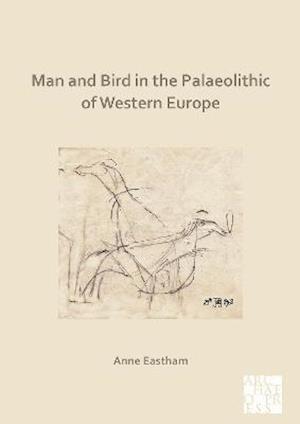 Man and Bird in the Palaeolithic of Western Europe considers the nature of the interaction between birds and hunter-gatherers. It examines aspects of avian behaviour and the qualities that could be (and were) targeted at different periods by hunter-gatherers, who recognised the utility of the diversity of avian groups in various applications of daily life and thought. It is clear from the records of excavated sites in western Europe that during the evolution of both the Neanderthal period and the subsequent occupations of Homo sapiens, avian demographics fluctuated with the climate along with other aspects of both flora and fauna. Each was required to adapt to these changes. The present study considers these changes through the interactions of man and bird as evidenced in the remains attached to Middle and Upper Palaeolithic occupation sites in western Europe and touches on a variety of prey/predator relationships across other groups of plant and animal species. The book describes a range of procurement strategies that are known from the literature and artistic record of later cultures to have been used in the trapping, enticement and hunting of birds for consumption and the manufacture of weapons, domestic items, clothing, ceremony and cultural activities. It also explores how bird images and depictions engraved or painted on the walls of caves or on the objects of daily use during the Upper Palaeolithic may be perceived as communications of a more profound significance for the temporal, seasonal or social life of the members of the group than the simple concept of animal. Certain bird species have at different times held a special significance in the everyday consciousness of particular peoples and a group of Late Glacial, Magdalenian settlements in Aquitaine, France, appear to be an example of such specialised culling. A case study of the treatment of snowy owl at Arancou in the Atlantic Pyrenees seems to illustrate such a specialisation. Discussion of the problems of reconciling dating and research methods, of the last two hundred years of Palaeolithic research, and of possible directions for future research offer an open conclusion to the work.