- Russian Art and the International of the Square 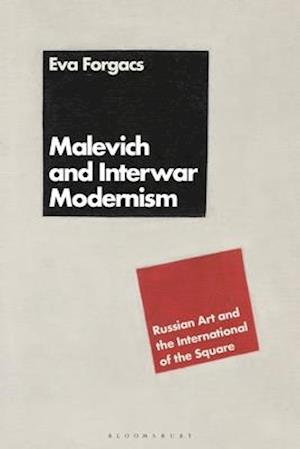 This book examines the legacy of international interwar modernism as a case of cultural transfer through the travels of a central motif: the square. The square was the most emblematic and widely known form/motif of the international avant-garde in the interwar years. It originated from the Russian artist Kazimir Malevich who painted The Black Square on White Ground in 1915 and was then picked up by another Russian artist El Lissitzky and the Dutch artist Theo van Doesburg. It came to be understood as a symbol of a new internationalism and modernity and while Forgacs uses it as part of her overall narrative, she focuses on it and its journey across borders to follow its significance, how it was used by the above key artists and how its meaning became modified in Western Europe. It is unusual to discuss interwar modernism and its postwar survival, but this book's chapters work together to argue that the interwar developments signified a turning point in twentieth-century art that led to much creativity and innovation. Forgacs supports her theory with newly found and newly interpreted documents that prove how this exciting legacy was shaped by three major agents: Malevich, Lissitzsky and van Doesburg. She offers a wider interpretation of modernism that examines its postwar significance, reception and history up until the emergence of the New Left in 1956 and the seismic events of 1968.