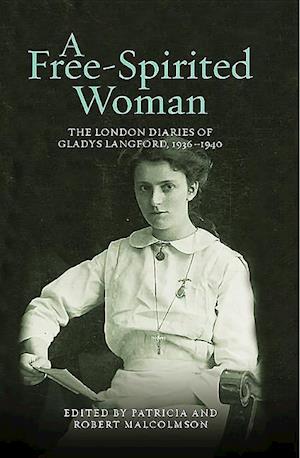 Gladys Langford (born in 1890) was a free spirit, an aspiring writer (though not published in her lifetime), an inveterate attender of plays, concerts, and films, and an astute and sometimes acerbic observer of everyday life in 1930s London. Married in 1913 (the marriage was later annulled), and chained as she saw it to schoolteaching for most of her adult life, Gladys's days were sometimes unhappy but also full of incident, and featured a relationship with a longstanding but married lover, who was often on her mind. Gladys's writing is crisp, colourful, and often biting. Her diary, from 1936 to 1940, while frequently introspective and full of self-doubts, is also a vivid portrait of social life. She writes of her quirky friends, her family and straightened family background, her schoolboys in Hoxton, and her numerous Jewish acquaintances. She also has much to say about London's public world - the behaviour of theatre audiences, street entertainers, anti-Semitic outbursts, the roller-coaster moods of people living through 1939, and fears of evacuation with the outbreak of war. Patricia and Robert Malcolmson are social historians with a special interest in Mass Observation, women in World War Two, and English diaries written between the 1930s and the 1950s.